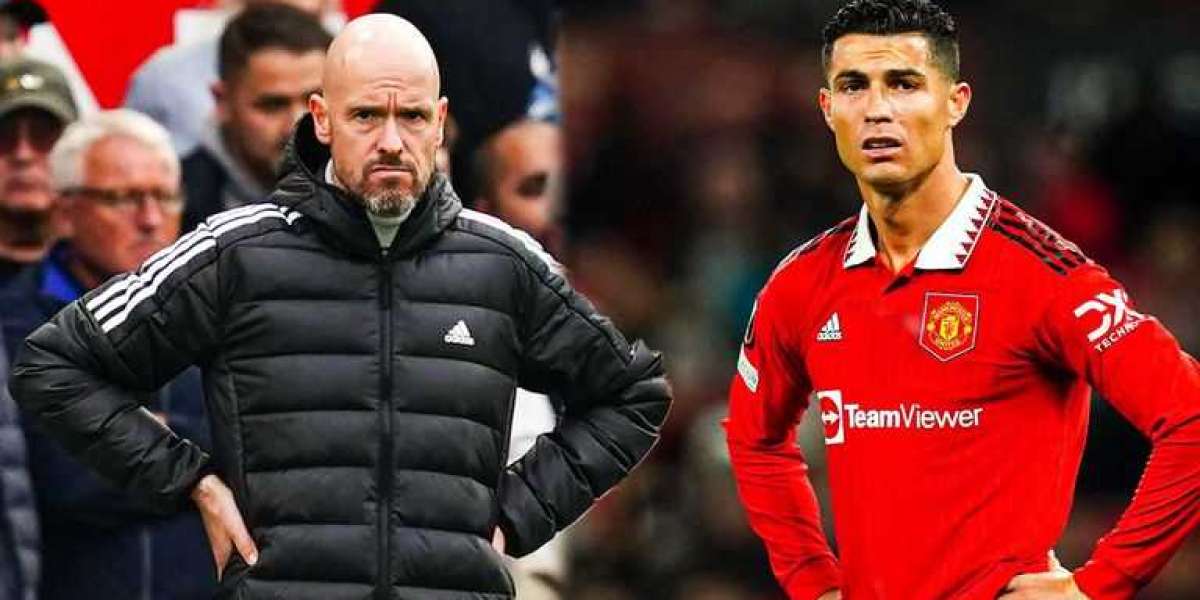 In an interview with Piers Morgan Uncensored on TalkTV, Cristiano Ronaldo claims Manchester United manager Erik Ten Hag provoked him into walking out of the stadium against Tottenham.

Part two of Cristiano Ronaldo's explosive interview with TalkTV aired on Thursday; the Manchester United forward said he doesn't know if he'll stay at the club after the World Cup; he talked about his "regret" over getting sent off against Tottenham; and he said he would be "happy" to see Arsenal win the Premier League.
In an interview with ESPN, Cristiano Ronaldo said he was "provoked" by Manchester United manager Erik ten Hag when he refused to come off the bench in the team's match against Tottenham last month and departed Old Trafford before the final whistle.

Ronaldo said that Ten Hag does not "respect" him the way he "deserves," despite having "regret" for his actions against Tottenham in October. He believes the penalty he received was excessive.
Ronaldo claimed he had "many offers" to leave United, including one for €350 million (£305 million), in the final segment of his explosive interview with Piers Morgan on TalkTV.

The 37-year-old said he wants to play until he's 40, but he hasn't decided which club he'll be with after the World Cup in Qatar. He did, however, hint that he might be leaving United, saying it's "probably good to have a new chapter" in his career.

United is not worried by Ronaldo's interview.
According to Sky Sports News' Dharmesh Sheth, Manchester United will wait to make a decision on Cristiano Ronaldo's future until they see the full interview with Piers Morgan.

Sky Sports News has been informed by a United source that the club does not agree with some of Ronaldo's criticisms from the previously shown clips.

Despite Ronaldo's claims that the club hasn't improved since he left Old Trafford 13 years ago, multiple sources have said that United has made significant improvements to its facilities, including its training ground, restaurant, and swimming pool.

Despite Ronaldo's criticism of Erik ten Hag, the club and the manager both insist that Ronaldo was treated with respect; in press conferences, Ten Hag insisted that Ronaldo had been given time off to attend to family matters.
Apart from United, Ronaldo has stated that he would be "happy" if Arsenal won the Premier League. The Gunners are currently five points ahead of Manchester City.
Ronaldo said he was "close" to signing with Manchester City last summer before Sir Alex Ferguson intervened, and he was very critical of the Ralf Rangnick era and the club's crop of young players, as shown in clips from the same interview that aired earlier this week.

After Ten Hag didn't want to sub him in during their 6-3 loss to Manchester City earlier that month, he flatly refused to enter the game as a replacement against Tottenham.

"And yet, you want to send me in for three minutes against Tottenham, while not starting me against Manchester City out of respect for my career. Simply put, it doesn't add up.

"I believe he intended to cause harm. The game wasn't the only thing that made me feel irritated. He doesn't treat me with the deference I'm due.

"However, that is life. In retrospect, this is probably why I left the Tottenham game.

"I have to admit that I feel bad for leaving the stadium during the game [against Tottenham]. Maybe, maybe not; I really can't say.

"It's hard to give you an absolute, but I'll say that I regret it, but that at the same time, the coach provoked me.

"There is no way a coach could use me for more than three minutes in a game. I'm afraid I can't be that kind of player. When it comes to helping the teams, I know exactly what to provide.

Don't give me that line about how the star players, the men who want it all, the pivotal players, only getting three minutes of playing time. Let's get real here; it can't be right.

Despite what they've said previously, I know they respect me. Because respect was not a factor for me, I made a choice I now deeply regret.

I regret leaving the stadium and sorry to my team for what happened. It's to everyone's detriment that my teammates are aware of how I felt, and for that I have expressed my remorse.

The head coach didn't think much of me. Therefore, it is because of this why the connection is structured in this particular manner. He's always talking nice things about me in the press, like how much he enjoys our time together. However, that's just press hype. The answer is yes one hundred percent of the time.

"I will never respect you if you do not respect me."

Ronaldo said, "Me and eight players [went] yet they mentioned only my name" when asked about his departure from Man United's preseason match against Rayo Vallecano at Old Trafford in July. It was a common practice among athletes last year. Eight players all act the same way, yet they all gossip about me, the outcast.

"I get it, I apologize to the coach, and that's the end of that," he said.

It's not healthy to have empathy for Ten Hag.

Commenting on his working relationship with Erik ten Hag, his manager:

"Trying to make a good first impression is natural when starting a new job. Let's just put it this way: the previous five years in Manchester have been so horrible that they need to clean house.

"It's how they go about it, and how the media covers it, that makes it a huge deal. Since I didn't participate in the preseason, I didn't have a head start on the season, which was frustrating at first, but now I see why.

"Things happen outside of people's awareness. I don't try to cover up the fact that my connection with the coach is weak. In all candor, I declare myself."

Ronaldo rejected a €350 million move to Saudi Arabia and said, "I've had many offers."

Responding to a question about whether he plans to remain a Manchester United player after the new year:

It's hard to say right now because my mind is on the World Cup and such such trivia. The 2018 World Cup will be my fifth overall and, sadly, my last.

Saying that "no one is flawless" is a cop-out. Life's ups and downs are inevitable, and I accept it as a natural aspect of being human and a parent. Unfortunately, I have a knack for making gaffes.

My entire concentration is on the World Cup, on the Portugal national team, so I can't say what will happen after the tournament.

"I'm not as driven as I was [at United] a few months ago. The future me is one I'm hoping to alter. And I'm not even saying that I want a new challenge, but we'll see. 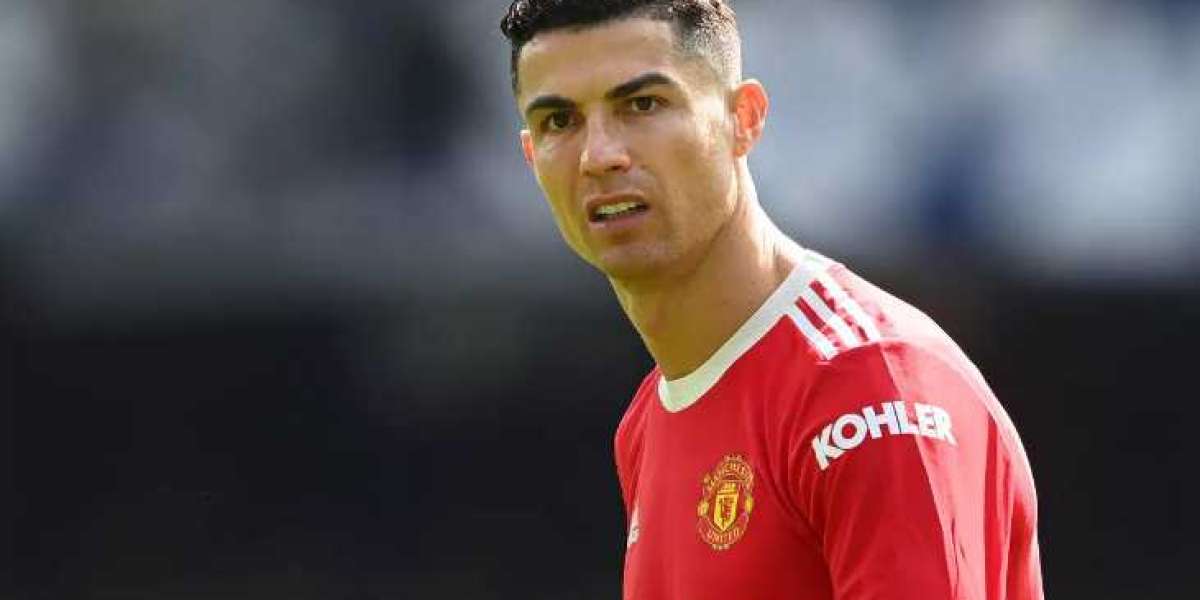 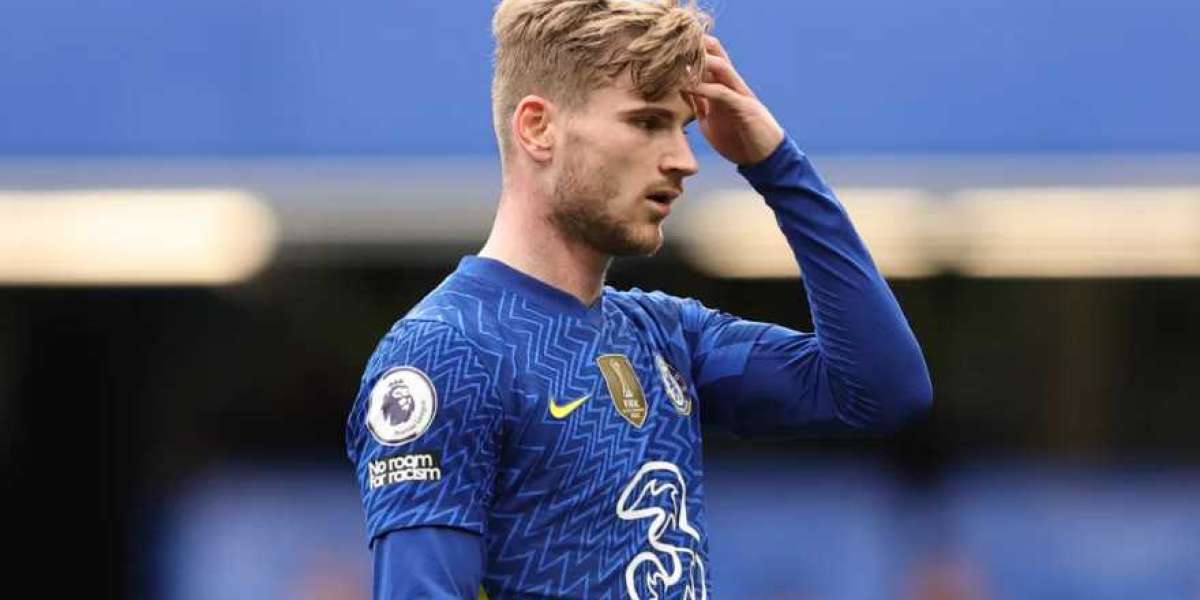